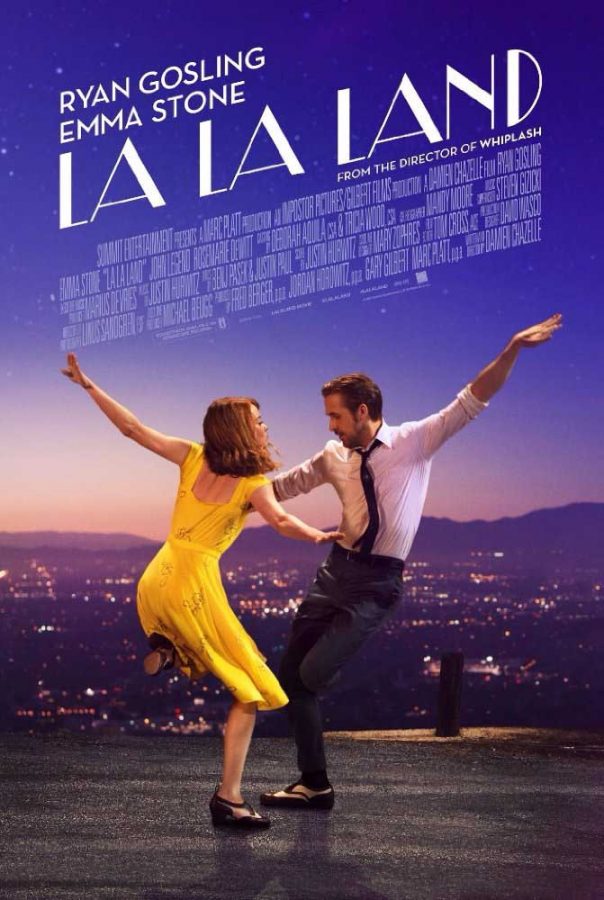 La La Land is an original drama/romance musical set over the course of a year in modern day Los Angeles featuring two star-studded actors, Emma Stone and Ryan Gosling. In the film, Gosling and Stone play Sebastian and Mia, two wide-eyed artists who strive to make their dreams come true and fall in love along the way. Gosling plays a jazz pianist with Stone, who ironically plays a struggling actress.

Nothing could have ruined this movie for me as I watched it – not the guy kicking the back of my seat nor the phone that went off at the worst possible moment. They truly do not make movies like this anymore. The mixture of two beautiful actors playing beautiful characters in a beautiful city with beautiful music t 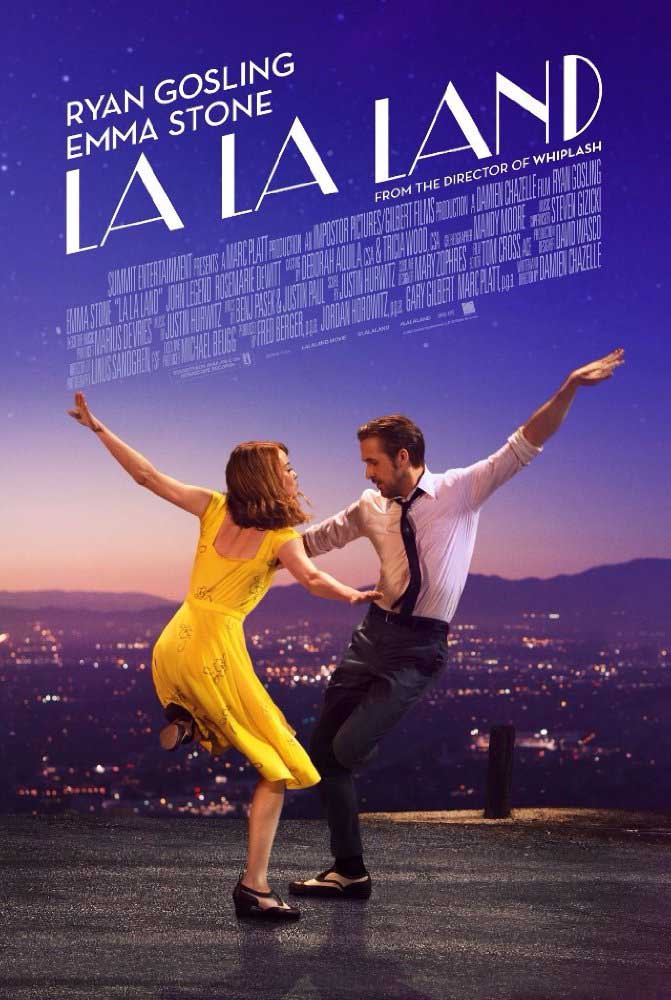 o help move the plot along is a recipe for a Hollywood classic with a contemporary twist.

The performances by Gosling and Stone were superb, even if they are not your typical Broadway headliners. If their on-screen chemistry wasn’t spectacular enough, the talent displayed was unpredictable and astonishing. Gosling learned to play the piano for this role and can now put it on his resume, if his resume is even needed anymore. Stone also graced us with her soothing voice, and let me not forget the amount of dancing the duo had to do. Given numbers such as comedic tap and a romantic waltz, Gosling and Stone made dancing look as easy as walking, resembling the legendary pair, Fred Astaire and Ginger Rogers.

Coming from left field was music icon John Legend, who made his acting debut as Sebastian’s old high school pal, Keith, who convinces Sebastian to join his band. Not only did Legend push himself as a newborn actor for this role, but he also traded in his piano for a jazz guitar, which was surprising considering his usual R&B style. Along with Legend, the cast included J.K. Simmo
ns as Gosling’s short-lived boss, not to mention a triple-threat ensemble that really made the story come to life.

Throughout the film, you not only witness Sebastian and Mia get together, but also how difficult it is to make your dreams come true. Although the couple make each other feel as light as feathers, the harsh reality of Los Angeles manages to create some conflict for the dreamers. After facing tons of failed auditions, Mia decides to write her own one-woman show starring herself after encouragement from Sebastian, hoping to make a name for herself. Sebastian strives to open his own jazz club, only to join a band that ends up blinding Sebastian to his original dreams.
The ending (minor spoiler) is a bittersweet one. But like everything else in this movie, it is still beautiful. After witnessing this work of art, I left feeling content with the year I had spent in Los Angeles, California, with Sebastian and Mia. I felt nostalgic in light of the classics this film is meant to revive and the phenoms that set the bar for this picture, but I am very confident in saying that La La Land was magical and could be our generation’s new ‘classic’. A movie worth seeing again, and definitely for ‘the fools who dream.”