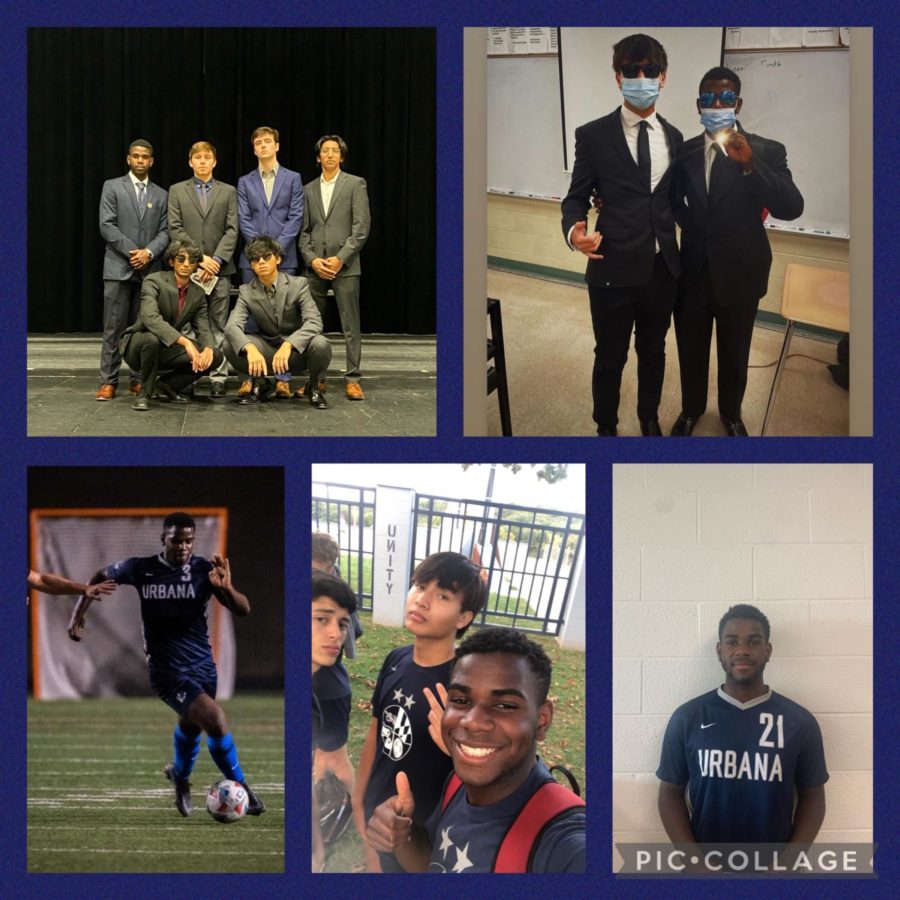 "Seek discomfort because it's the best way to grow as a person and player." - Sebastian DeCady

Senior Sebastian DeCady is dedicated to being a role model at UHS, working hard in both academic and extracurricular activities. Sebastian will always put his best foot forward in anything he participates in to become successful.

Sebastian has been playing soccer for almost 13 years. When asked about his position as center back, Sebastian said, “I like being able to see the whole field and communicate with the rest of the team. I think it is a unique opportunity to be able to make a big impact from the back. And I love tackling of course to win the 50/50 balls.”

Sebastian describes his personality as funny, outgoing, intelligent, forgetful sometimes, and charismatic. He also describes himself as a nerd and has an interest in politics. He had an internship with a Maryland Congressman Jamie Raskin, and even gave a speech on Black Lives Matter. Sebastian would like to be remembered at UHS as a social person, somebody that you can trust and talk to about anything. In SGA, Sebastian likes to help students see their visions through, and has gotten events such as the Senior Sunrise approved.

Sebastian’s role models in life are his family members: his father for being educated and smart, his mother for being resilient, and his sister for her discipline and work ethic.

One of Sebastian’s goals is to someday have his own Ted Talk. He plans to attend University of Pennsylvania with a major in business and ultimately open his own technology company or consulting firm. Sebastian’s main goal for his career is “to not work for another man.”

There’s only one more day to donate to Sebastian for Mr. Urbana! All proceeds go to the Rock Creek School. You can Venmo Sebastian at @Sebastian-Decady.

You can also go follow Sebastian on social: @sebastian.decady